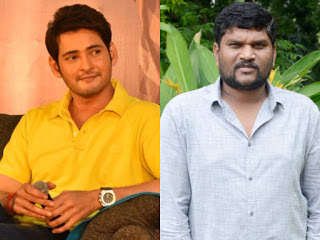 Mahesh made his new debut in the movie Pokiri. In a way, it was the hooligan movie that made Mahesh Babu a superstar. For the first time in the movie, he impressed the fans immensely with his different hairstyle. The Mahesh look is also one of the reasons why the film is such a hit. Again years later Mahesh is changing in such a look. Fans will be doubling their interest in the upcoming film ‘Sarkaru Vari Pata’ directed by Parushuram as Mahesh will be seen in a completely new look.

With the body language of a student going to college with ringleted hair, Mahesh is going to make a new look and give something new to the fans. The story revolves around the scandals in the Indian banking sector. Mahesh is playing the role of the son of a bank manager.

The film is being produced on a large scale by Maitree Movie Makers and 14 Reels Plus. If Corona had not been there .. the shooting would have been half done by this time.